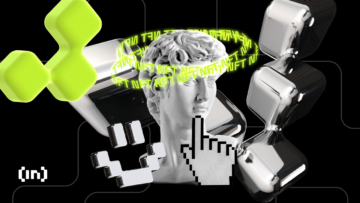 NFT-marketplace Magic Eden temporarily began to display pornographic content instead of NFT due to hacking the provider that was responsible for caching images. Representatives of the site reported this on their Twitter. 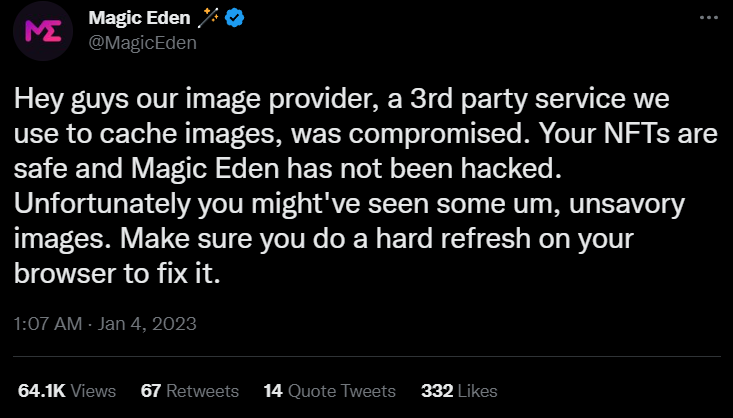 What kind of provider are we talking about, it is unclear. It is also not clear how the attackers were able to fake images so that incorrect content is displayed at Magic Eden. Representatives of the NFT marketplace assure that the non-replaced users’ tokens are safe, and the trading platform itself has not been hacking. 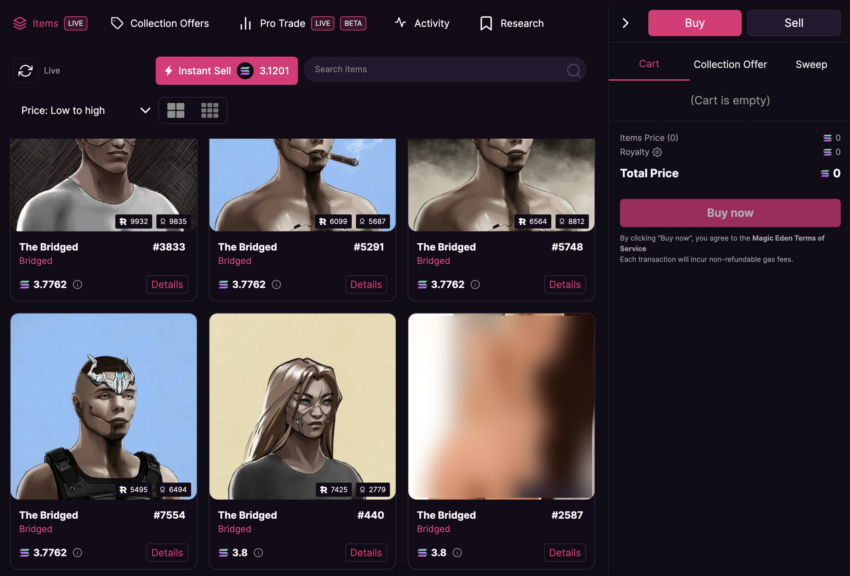 Users with irony reacted to the incident, saying that they even had to buy tokens with pornographic content in the hope of an exclusive collection of pictures. Magic Eden was advised to update the cache in the browser to solve problems with the display of incorrect images. At the time of writing, the problem with the incorrect display of NFT on the marketplace is solved.